Description –   E. x youngianum is a cross between E. grandiflorum and E. diphyllum, both species being native to Japan. This hybrid has occurred in the wild where the two species grow in close proximity, and in gardens and nurseries. The various varieties of this cross tend to be small to medium sized deciduous plants carrying medium sized flowers. These vary widely in colour and shape. Sometimes the shape tends towards E. grandiflorum or E. diphyllum, but others have quite different flowers unlike either parent.

‘Roseum’ is one of the group whose flowers are rather similar to the E. diphyllum parent. We haven’t found this to be very strong growing. However, it is one that is probably the second most common after ‘Niveum, ’and amongst the easiest varieties of E. x youngianum to obtain. 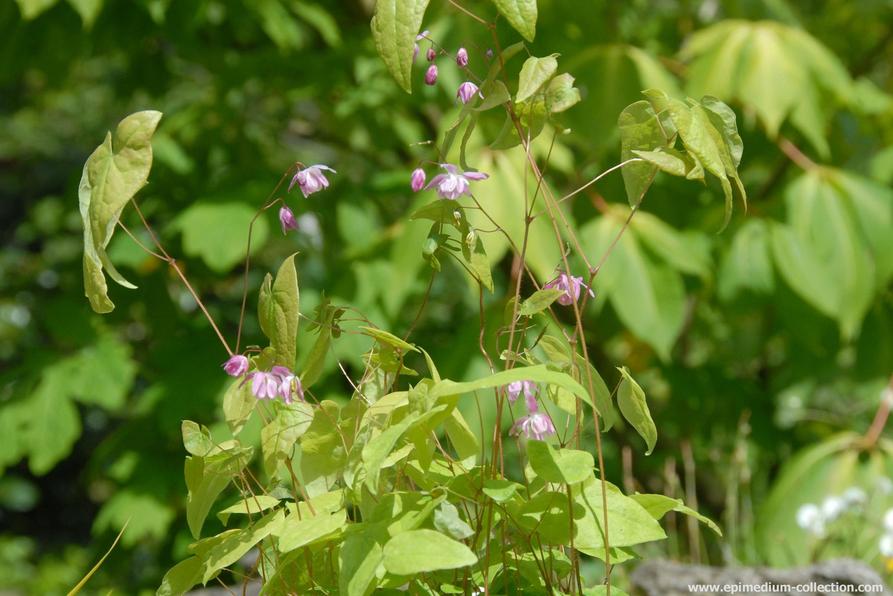