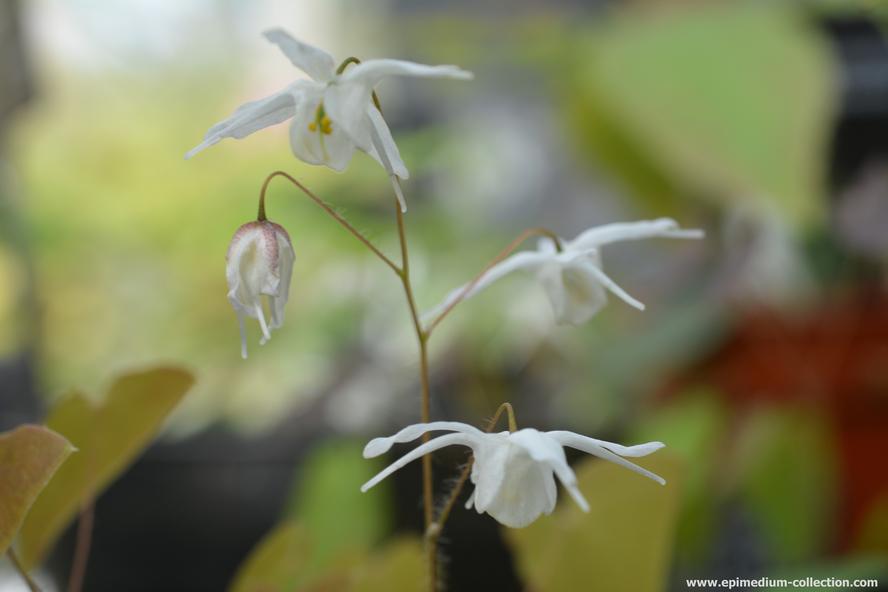 Description – There is population of plants growing in the wild in Japan which is believed to have once been of hybrid origin, which has now become so stable as to be deemed worthy of species status. It is believed it was originally a cross between E.diphyllum,and E. grandiflorum, as characteristics of both species are present. It seems to tend towards E.diphyllum in the general look of the plant and flower size etc. . The two plants we have are from Koen Van Poucke and have only had one growing season and under glass, but they have done well and have remained evergreen.