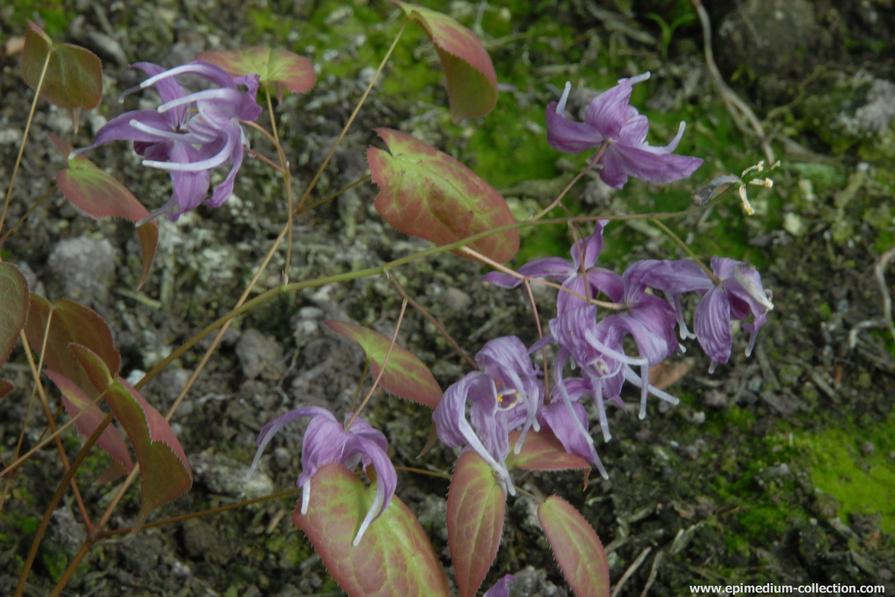 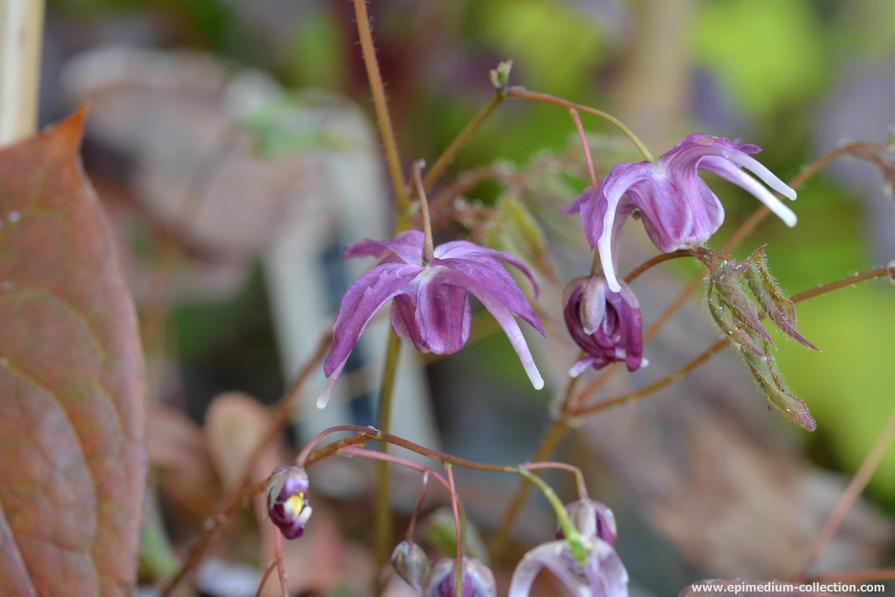 Epimedium sempervirens ‘Violet Queen’   is a cultivar with pale violet flowers which we purchased from Koen van Poucke. It has persisted in the garden for a couple of years now. This seems to be easier to keep than a plant we lost, bought as E. sempervirens with violet flowers.