Epimedium sempervirens ‘ Murasaki’ is a purple flowered cultivar,  which we were given and flowered in a pot. Sadly we subsequently lost the plant, probably due to an unseasonably late frost, while it was still in its pot and well advanced in growth. 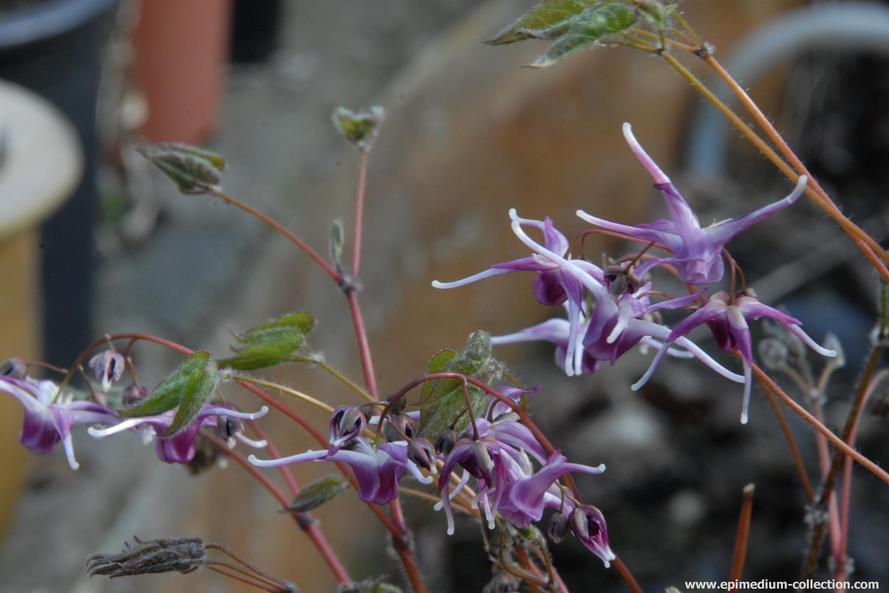 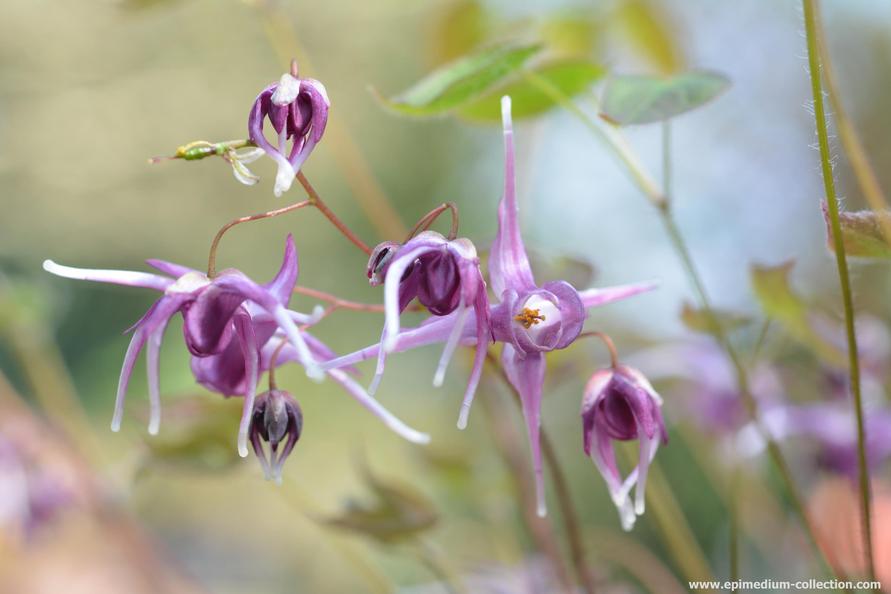