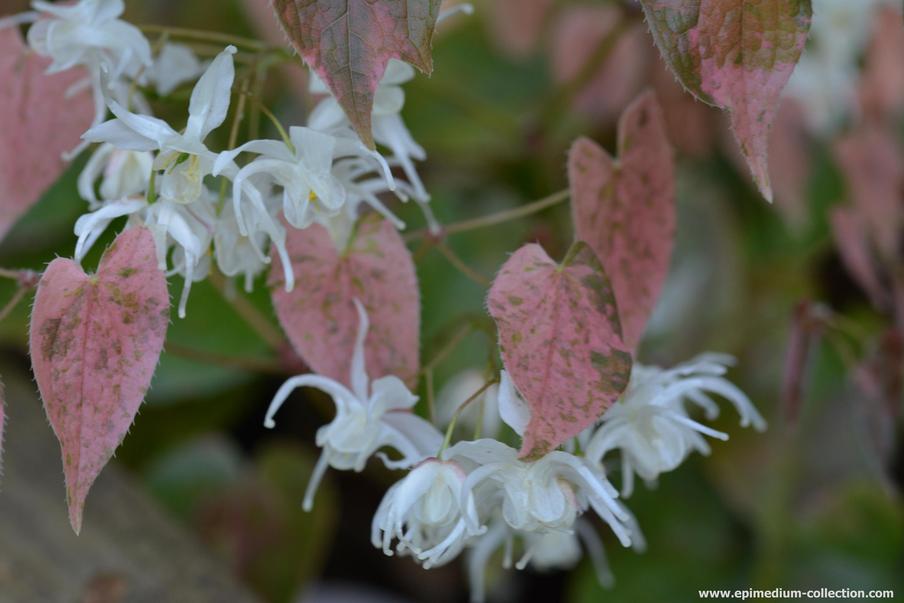 Distribution – Japan,  the western side of, Honshu and Hokiado).

Epimedium sempervirens ‘Creamsickle’ is a cultivar of the species which shows attractively variegated foliage. At flowering time the new leaves are a mixture of pink and green colours. As the season advances the leaves turn crean and green.  The plant is less vigorous than some cultivars, and therefore perhaps grows more slowly. It has carried a higher price for this reason. We acquired our plant from Edrom Nursery in Scotland.