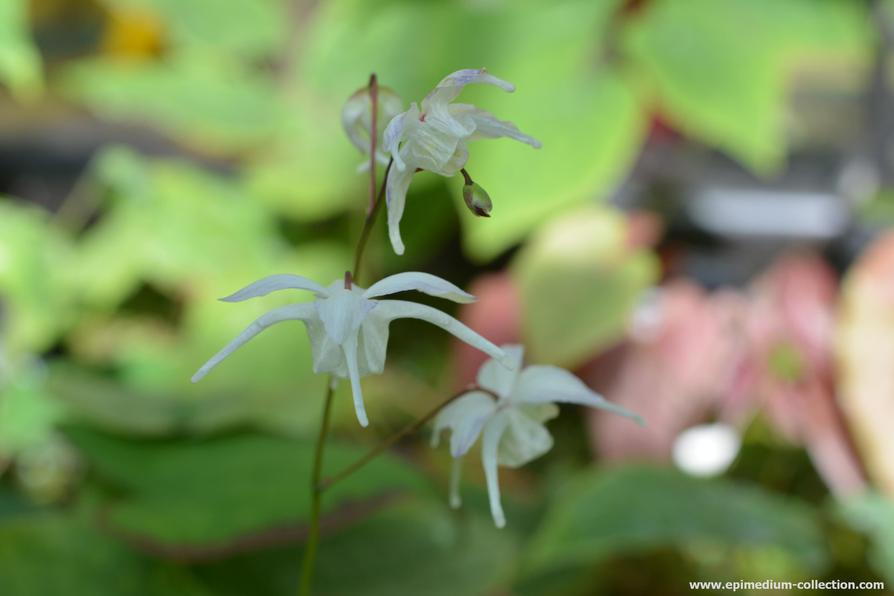 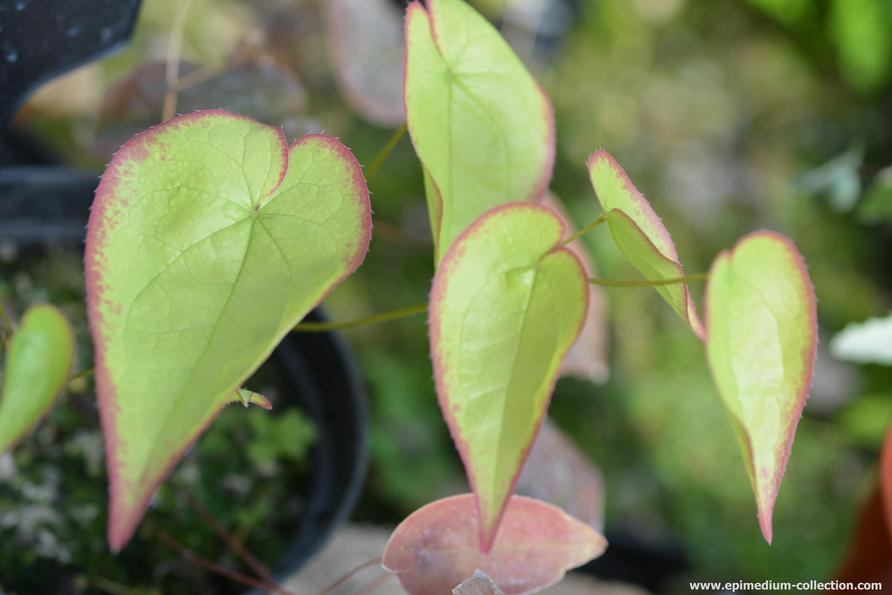 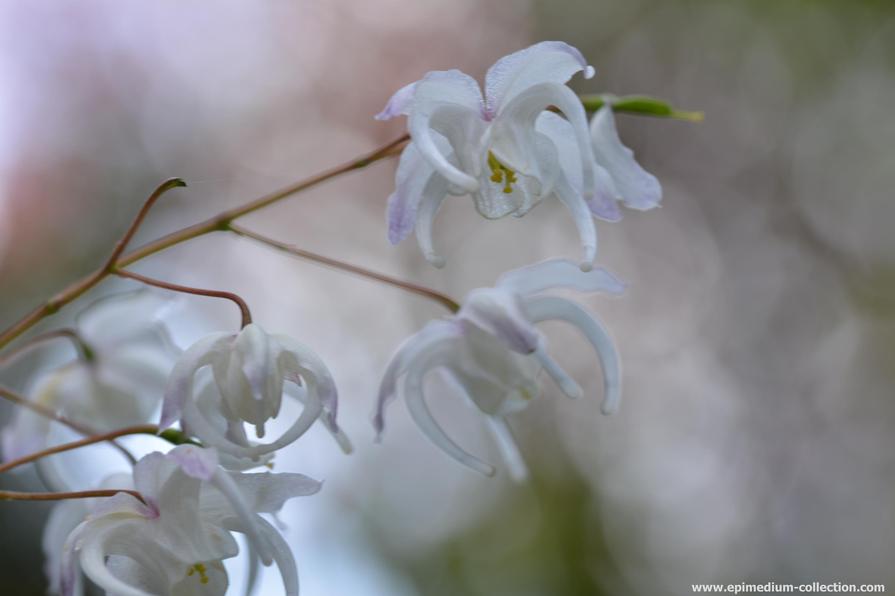 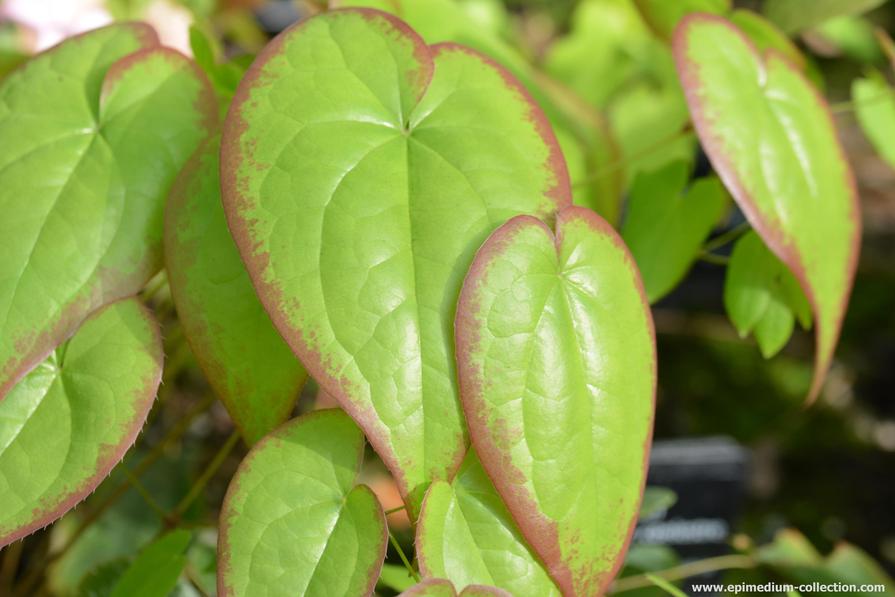 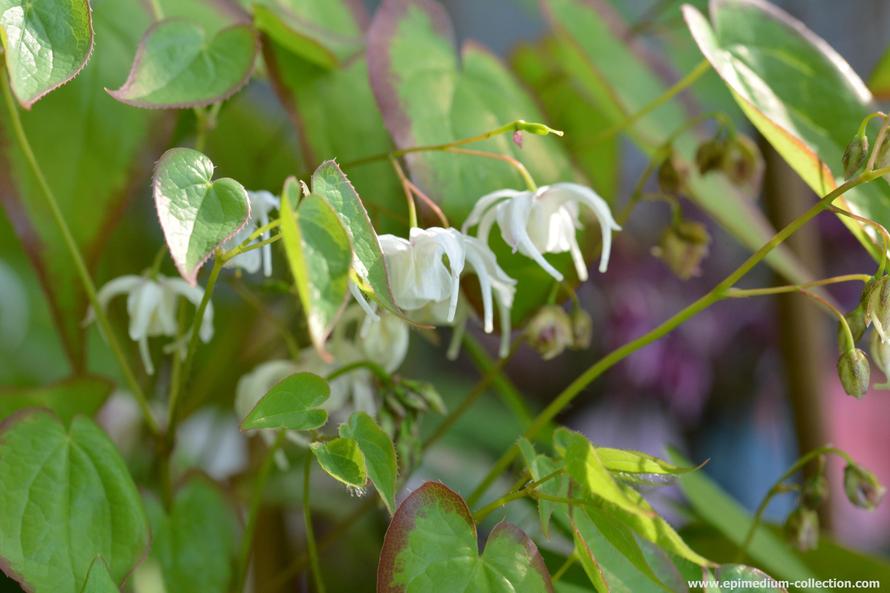 Epimedium sempervirens ‘Candy Hearts’ is a cultivar whose name refers to the conspicuous maroon edges to the young heart shaped leaflets at flowering time. This has received a lot of enthusiastic interest from the public when we have shown it Plant Heritage plant fairs. We were given this by Bob Brown of Cotswold Garden Flowers nursery. It was a little slow with us to start with, but has grown satisfactorily in the garden for a couple of years.