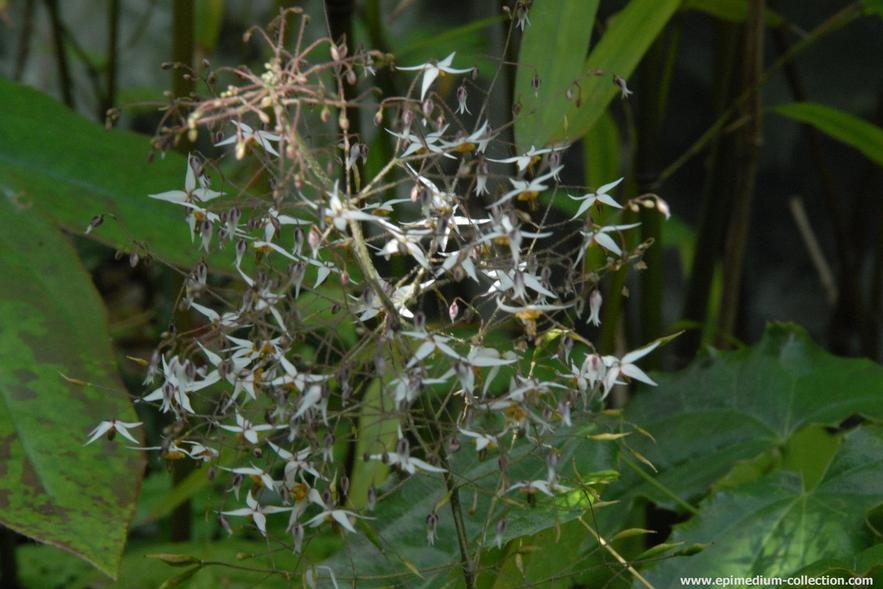 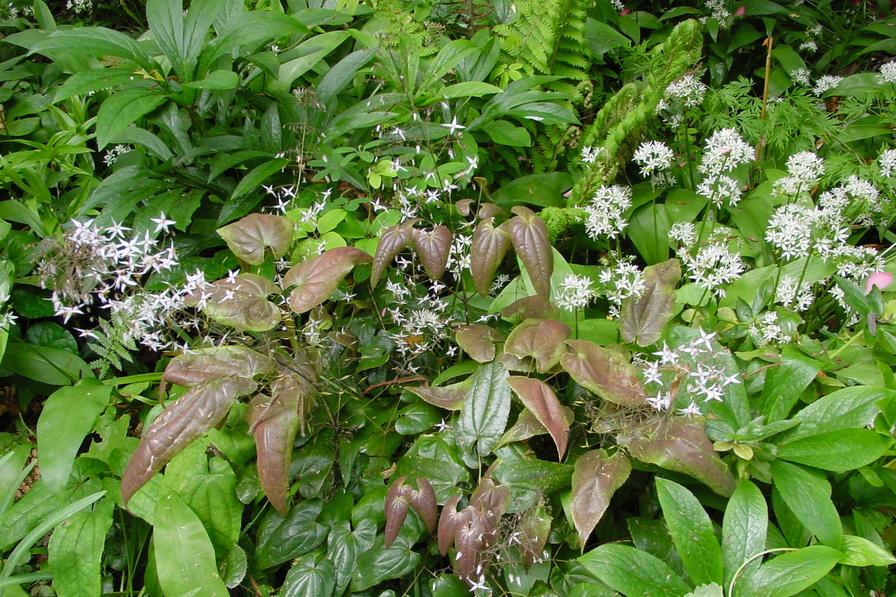 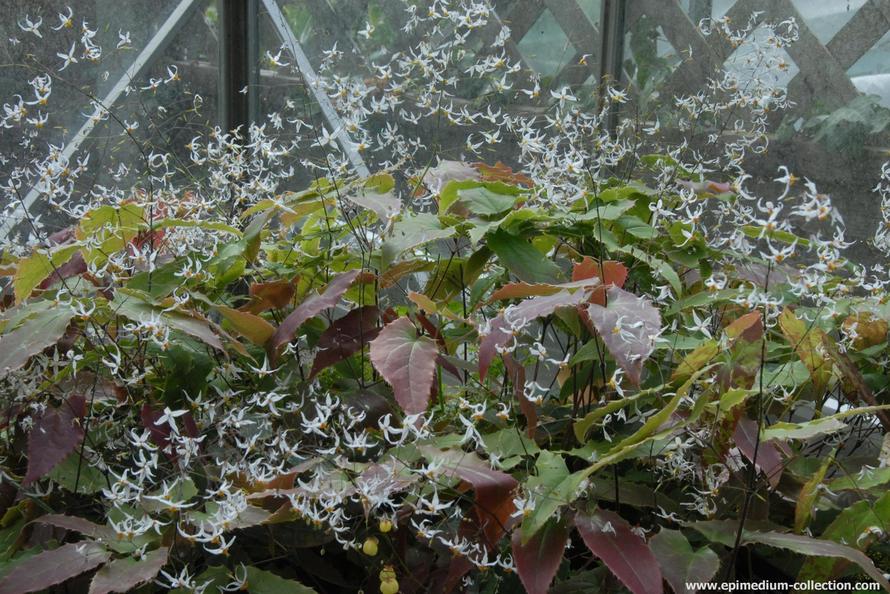 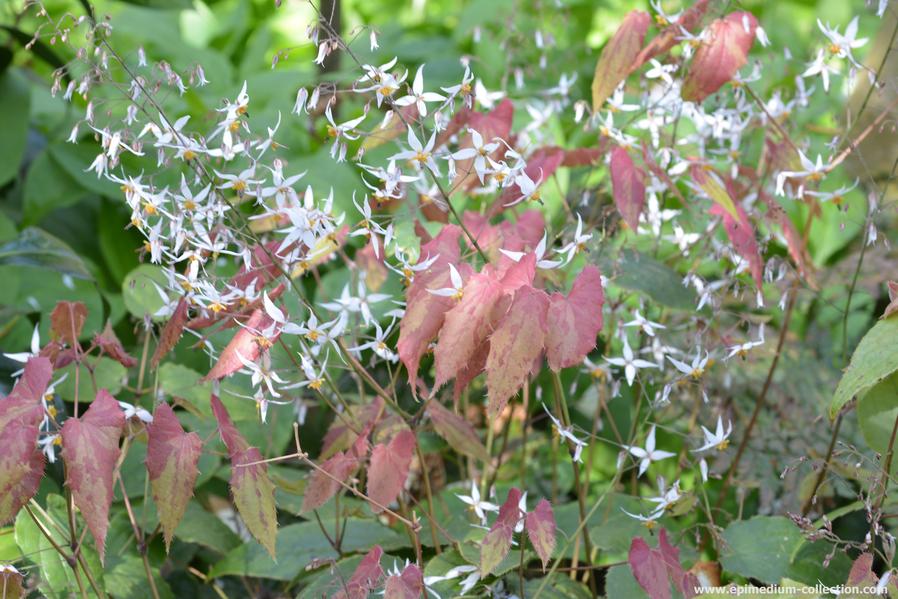 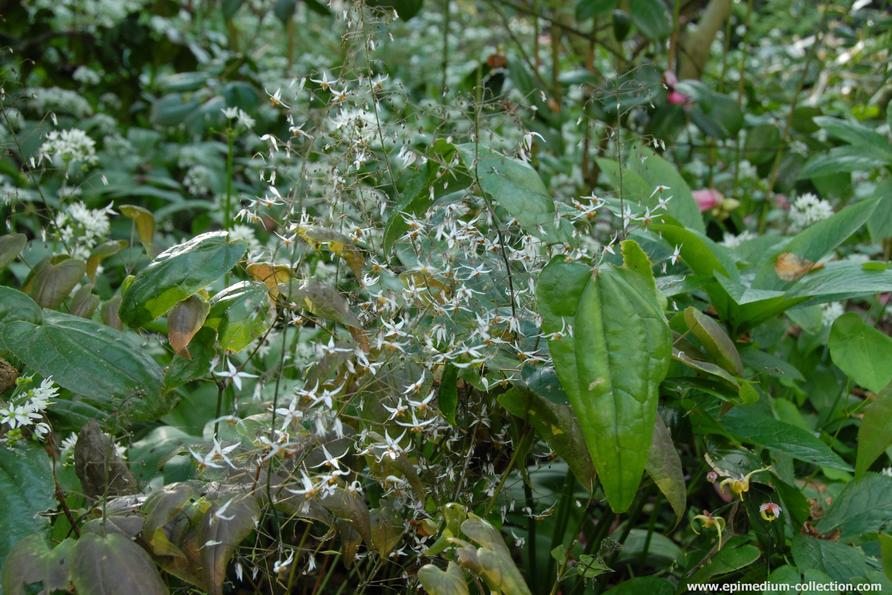 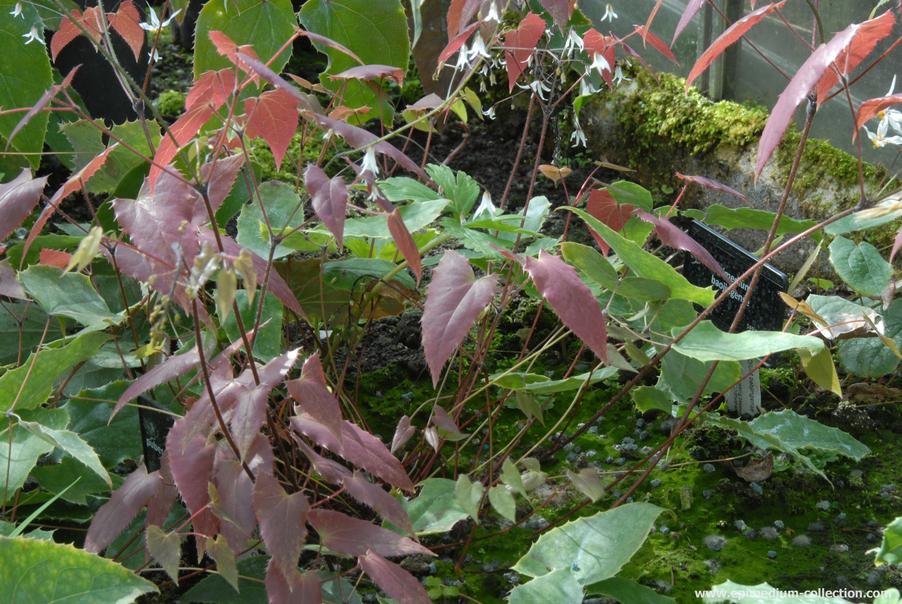 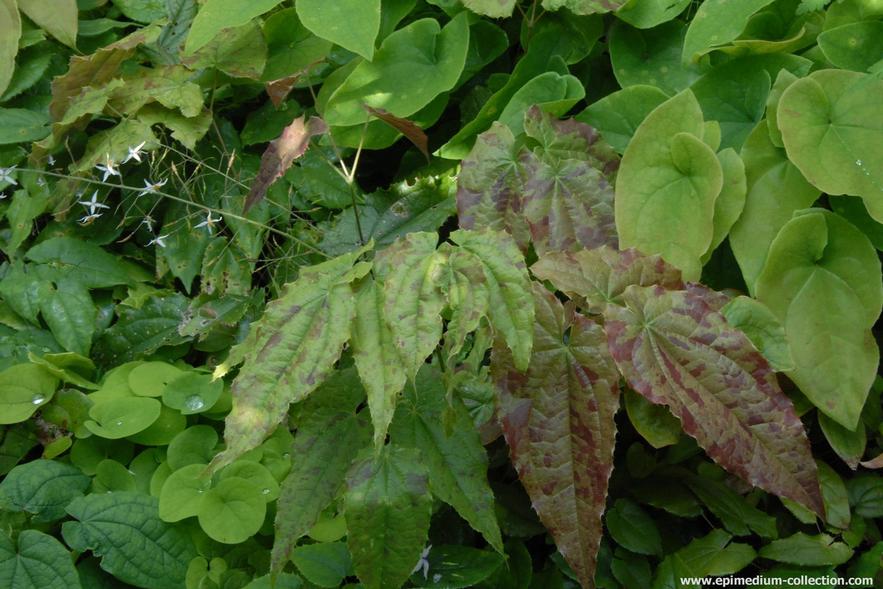 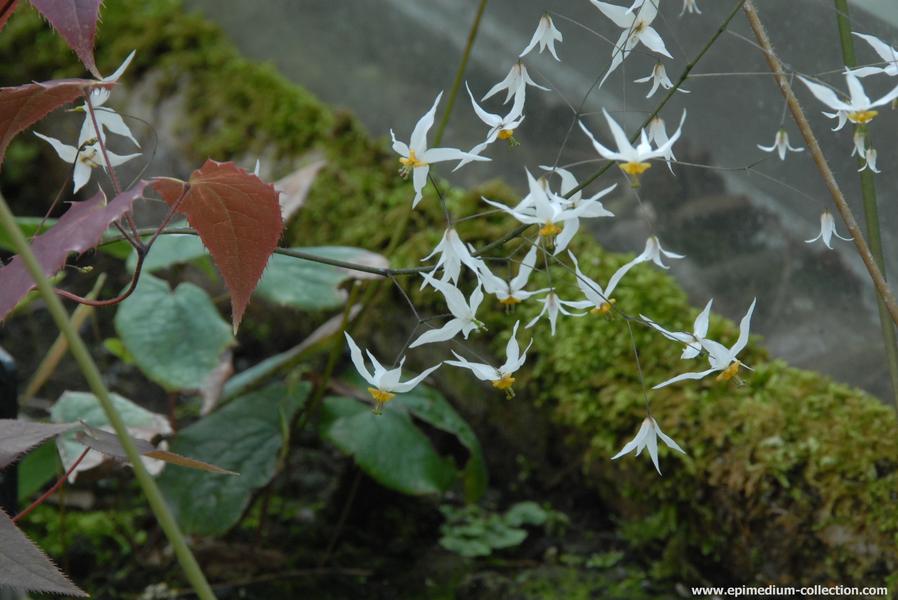 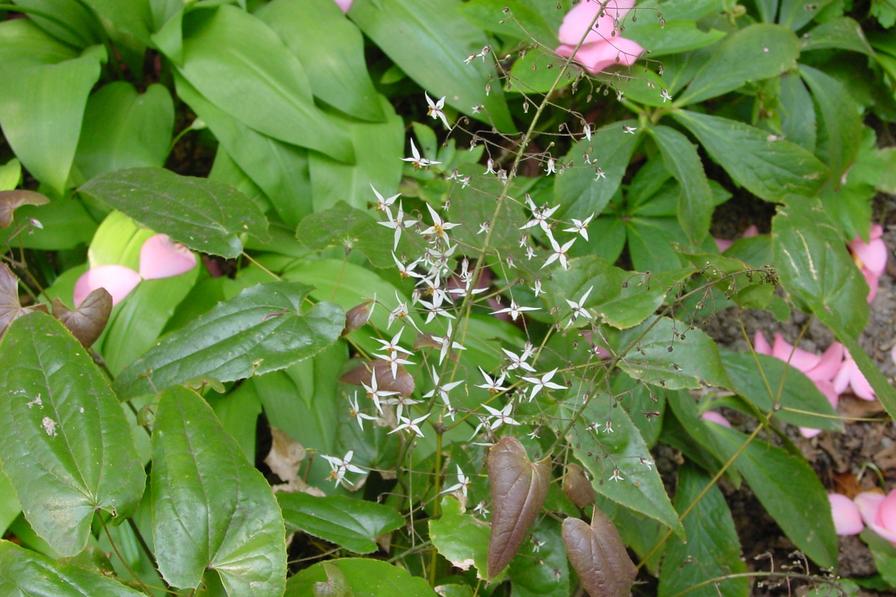 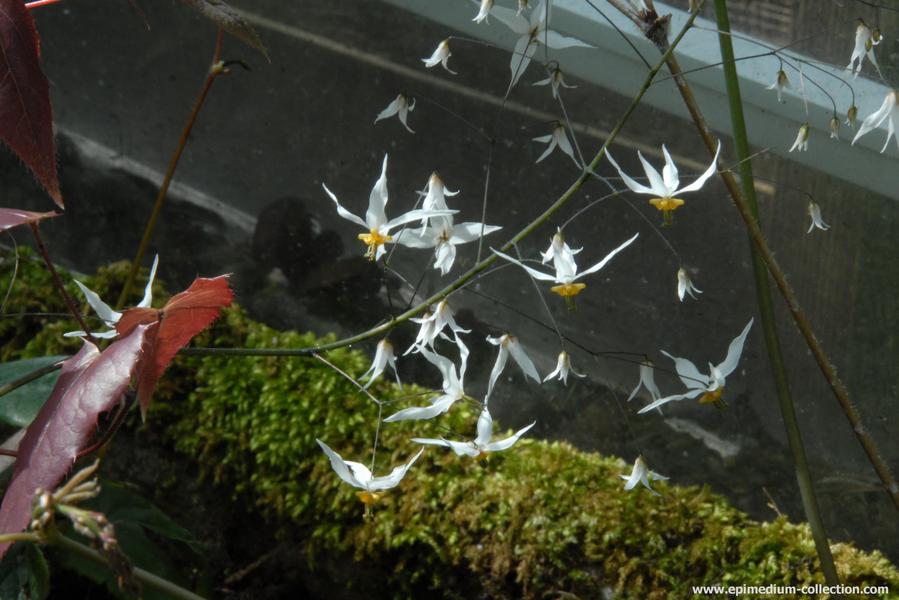 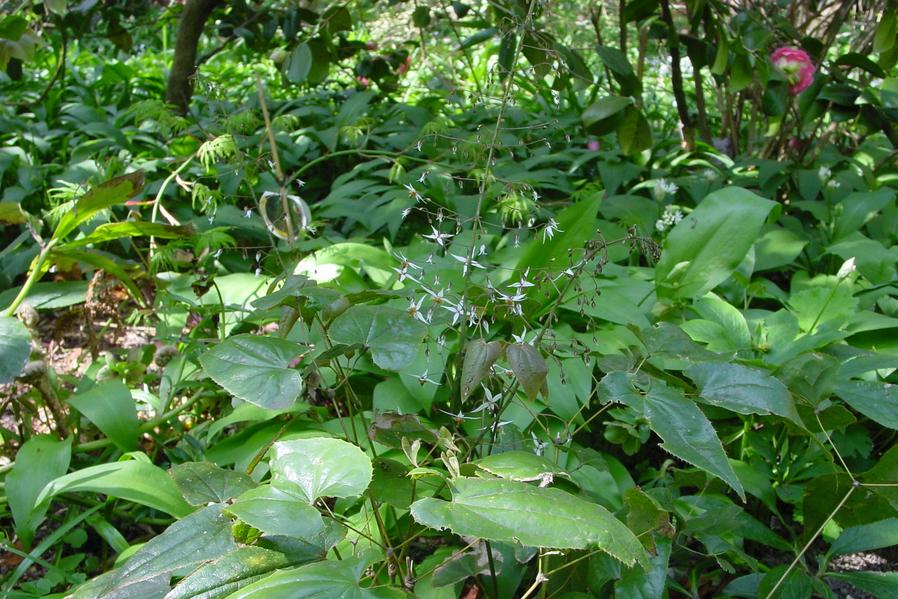 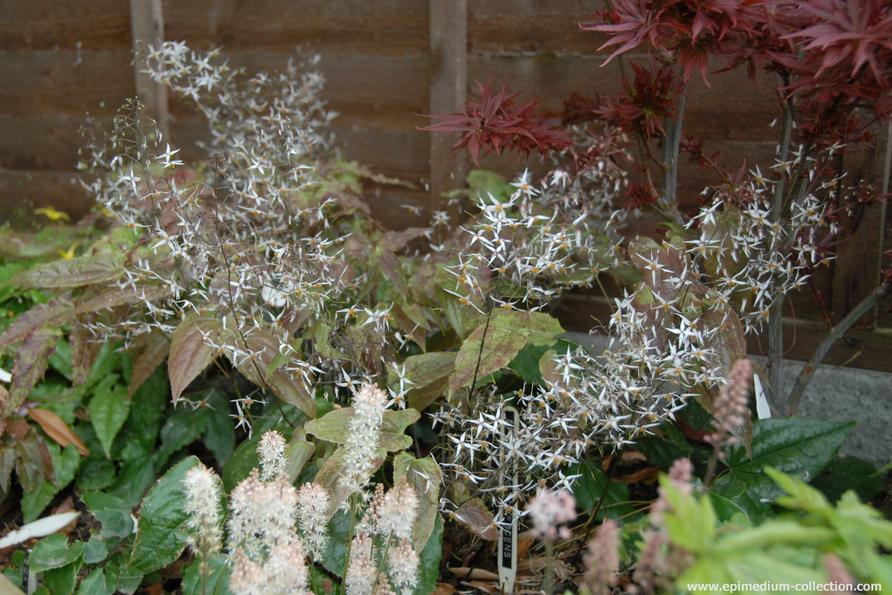 Epimedium pubescens 'Shaanxi Forms' Cc 022556 a year on from pictures above.

Epimedium pubescens - a Chen yi derived plant bought from Evolution Plants. This has larger leaves than our other E. pubescens forms.

Description –   A medium growing evergreen species, producing clouds of small (around 1cm across) white flowers, well above the leaf mound. The botanical name refers to the hairs found under the leaves. The new foliage can be attractively mottled reddish in some collections. Probably my favourite form in our collection is E.pubescens 'Shaanxi Forms' Cc 022556, bought recently from Koen Van Poucke.

Leaves have three spiny margined leaflets. The rhizomes are short making this a clump forming species. We have quite old plants in the garden doing alright with very little attention. 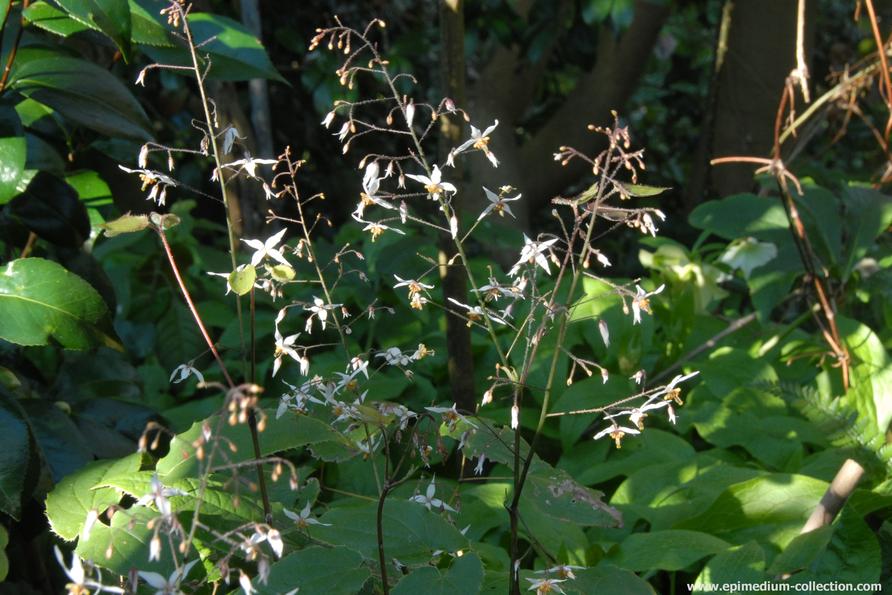