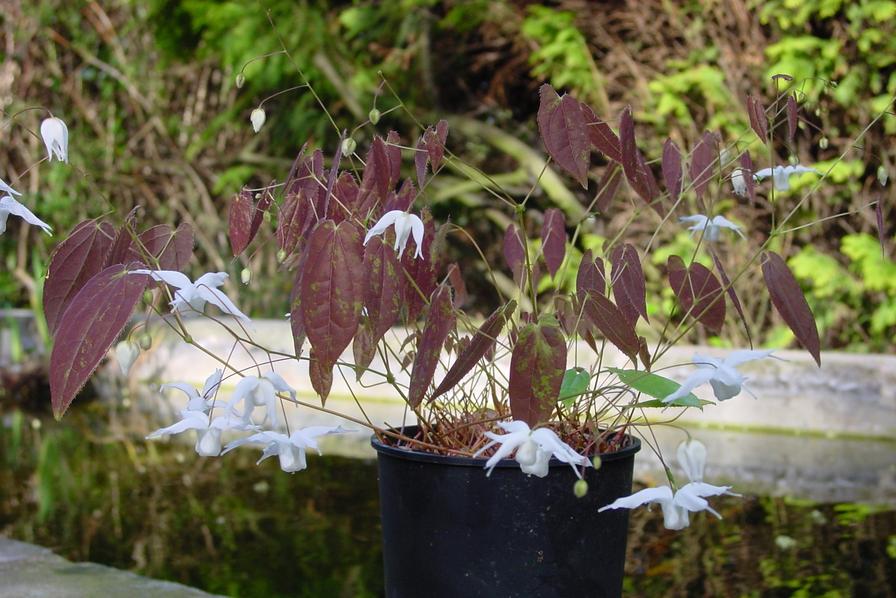 Description –  A medium growing evergreen species named in honour of Mikinori Ogisu a Japanese botanist who collected it in China, along with a number of other more recently introduced species.
It was his new introductions, plus a couple collected by American Epimedium guru, Darrell Probst, which sent my interest in Epimediums into overdrive.
E.ogisui has long thin type rhizomes and large white flowers which don’t seem to be produced in any numbers. It seems to grow most happily in a pot. The flowering stem bears two opposite leaves, consisting of three ovate leaflets.