Description –  A low to medium  growing evergreen species, which has compact rhizomatous root type in contrast to a very similar looking species E. rhizomatosum, which has thin spreading rhizomes. Both have very similar yellow ‘hanging spider’ flowers. The best way to check the identity of a pot plant suspected of being one or the other, is to simply knock it out of the pot and E. rhizomatosum will have thin rhizomes circling the pot.

We would say this is one of the best species, because it has an extended flowering period, and when happy can produce flower stems into the autumn. This is the female parent of our own named hybrid E. ‘Path Finder’. It has taken after its mother, by having been known to have a few flowers open in October. 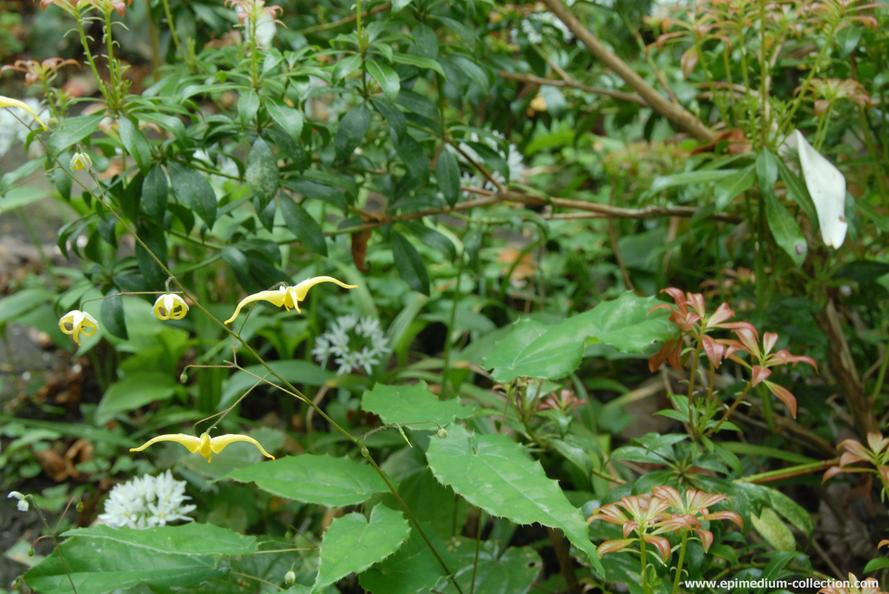 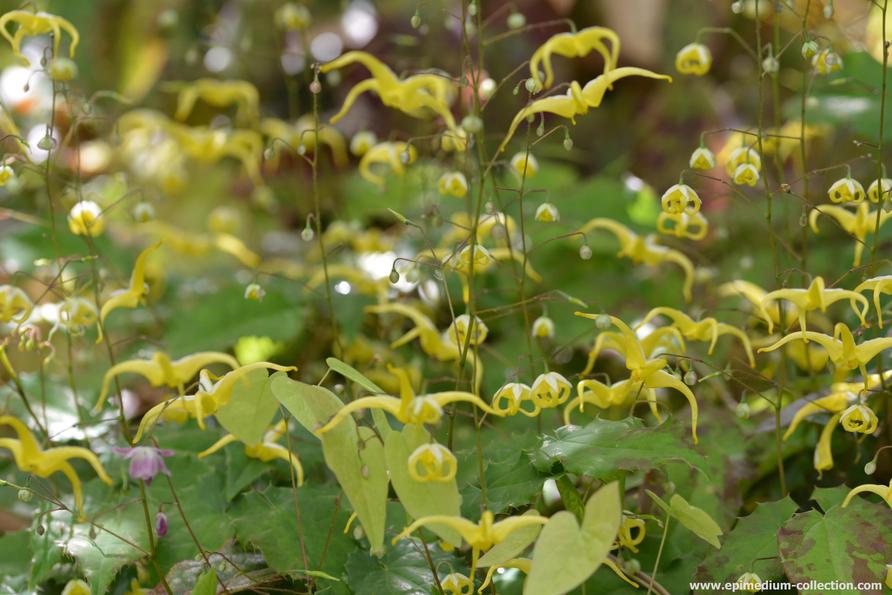 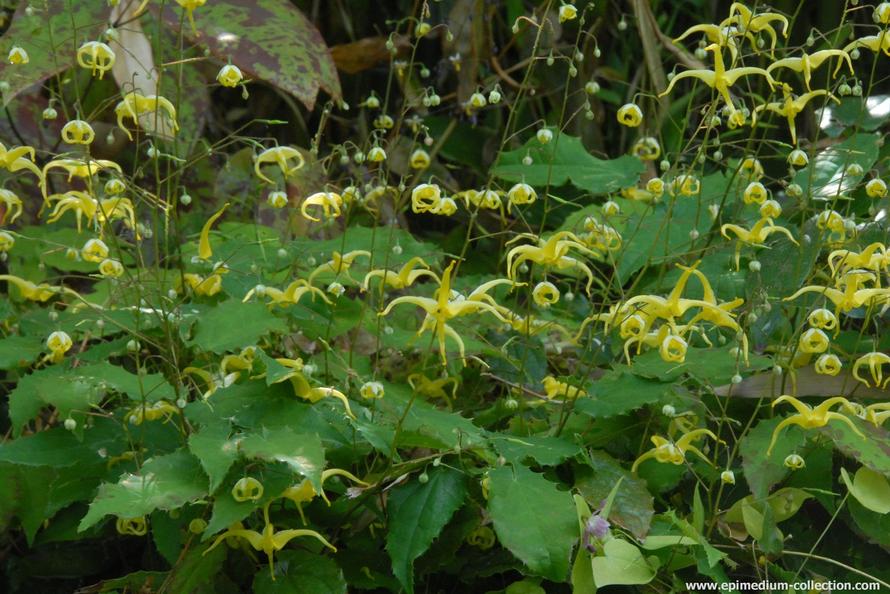