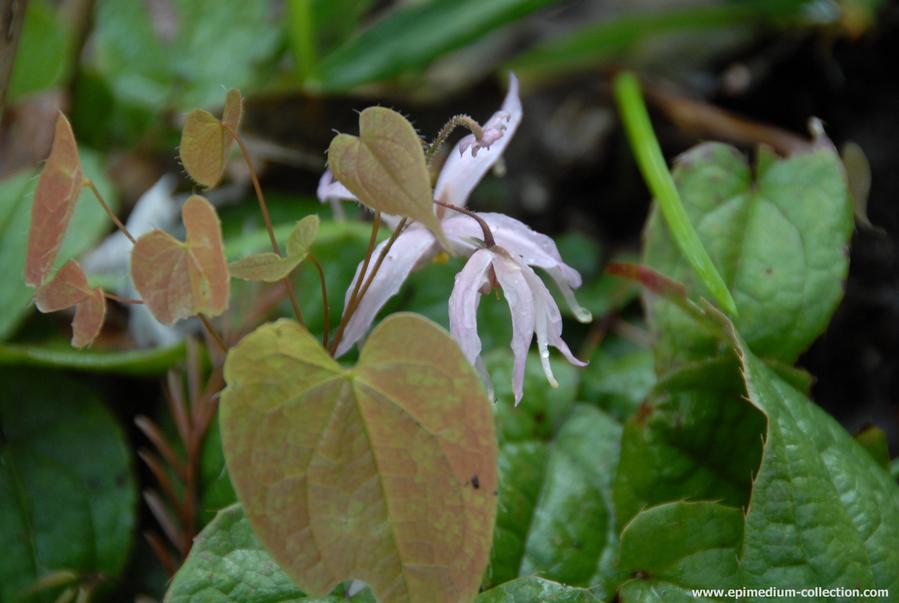 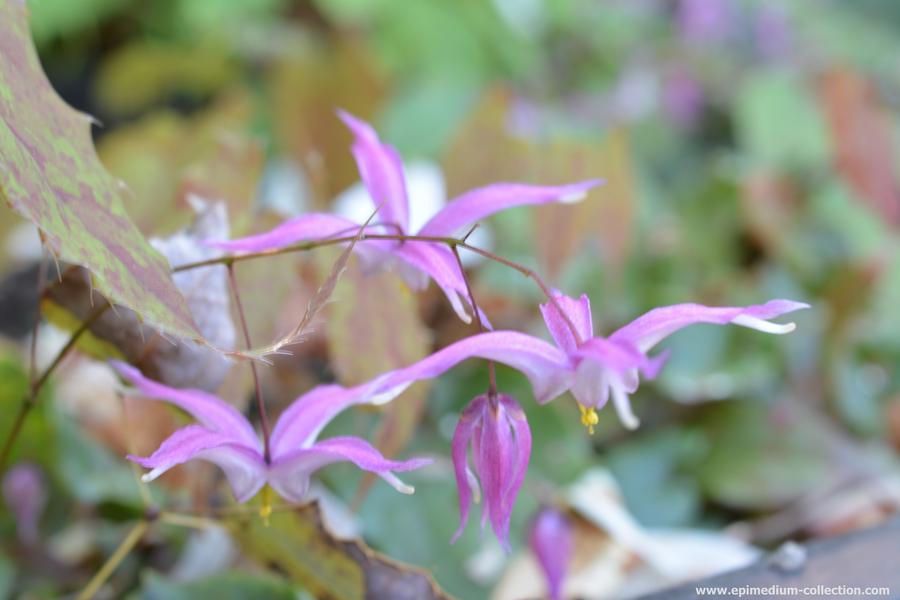 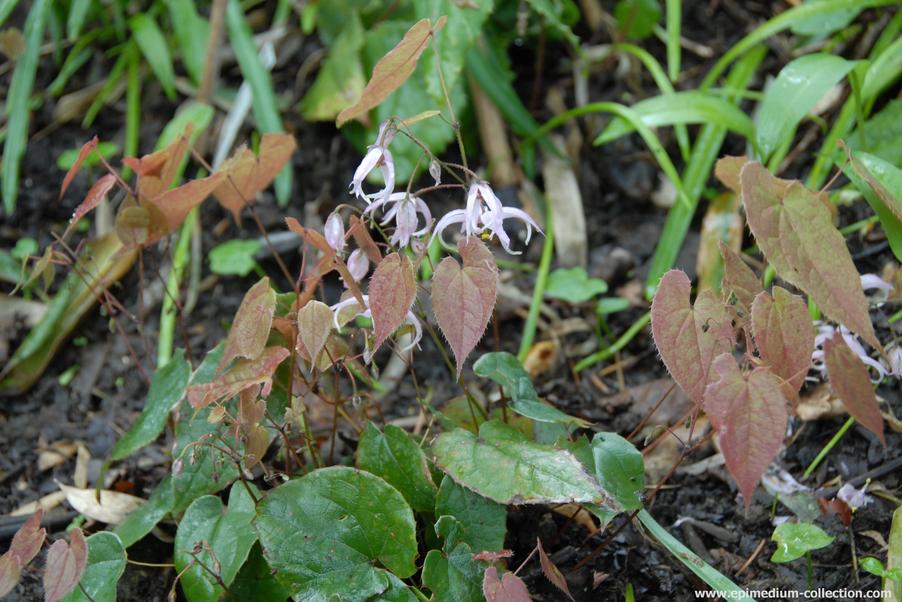 Epimedium species No. 8 from Jianxi, as sold by Cotswold Garden Flowers 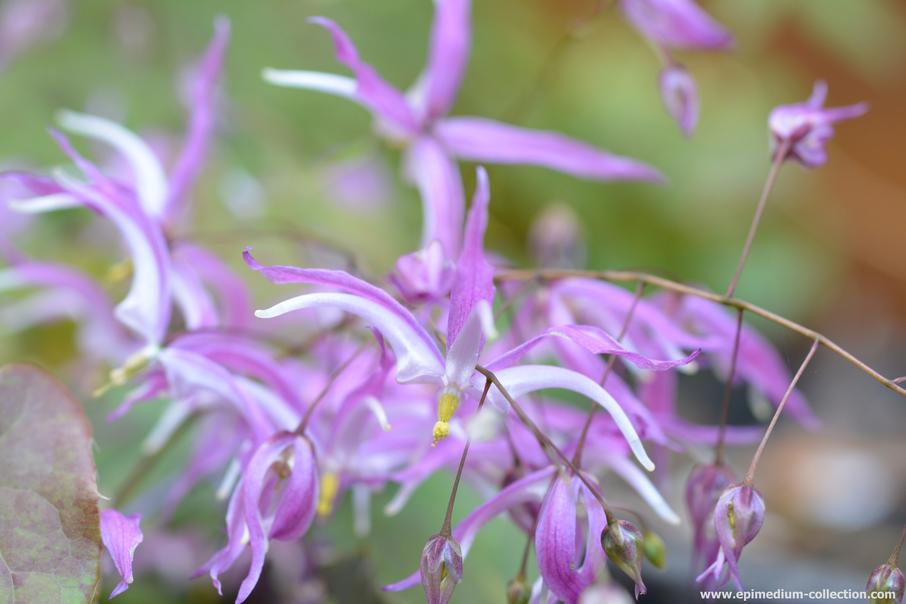 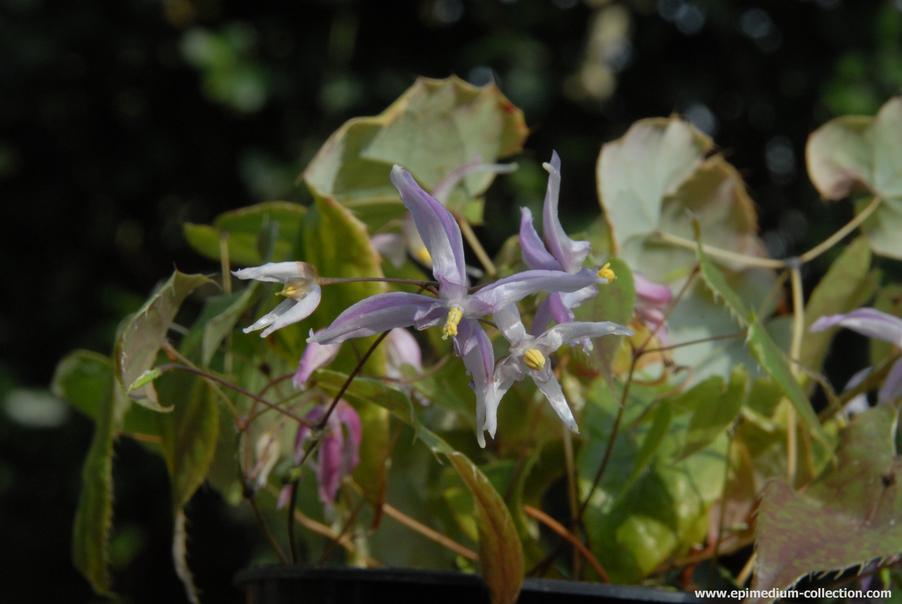 Description –  A low growing evergreen species, which has a long thin rhizomatous root type (leptorrizum refers to this).  It has fairly large pale pink, hanging, spider type flowers,  but not perhaps produced in great quantities. Hopefully they will come in greater quantity when the plant has become a matt of intertwined rhizomes. The flower is quite similar to E. brachyrrizum, but the leaves are larger in that species. Also E. brachyrrizum has short stouter rhizomes.

Leaves generally have three leaflets with spiny margins. This one is happy to grow in a pot which it will rapidly send its long thin rhizomes to circle the inside of, before popping out of the drainage holes in the bottom. I’m making it sound like every UK gardener’s nightmare, Ground Elder, but don’t be put off by the searching rhizomes. It is still worthy of a choice spot, especially on a raised bed, where it will be nearer the viewer. There is available a slightly darker pink flowered form called ’Mariko’. The two forms differ slightly in the foliage also, so it is possible to tell the two varieties apart when out of flower. ‘Mariko’ foliage is somewhat smoother than the straight species, at least with my examples. In our experience, 'Mariko' doesn't seem as vigorous as the type.

There are several plants in the nursery trade which may be this species which almost certainly arrived here, sent by Chen Yi. Cotswald  Garden Flowers ‘species No. 8 from Jiangxi’ seems to be a slightly superior form of the species. For further information on Chen Yi, please see E. latisepalum .