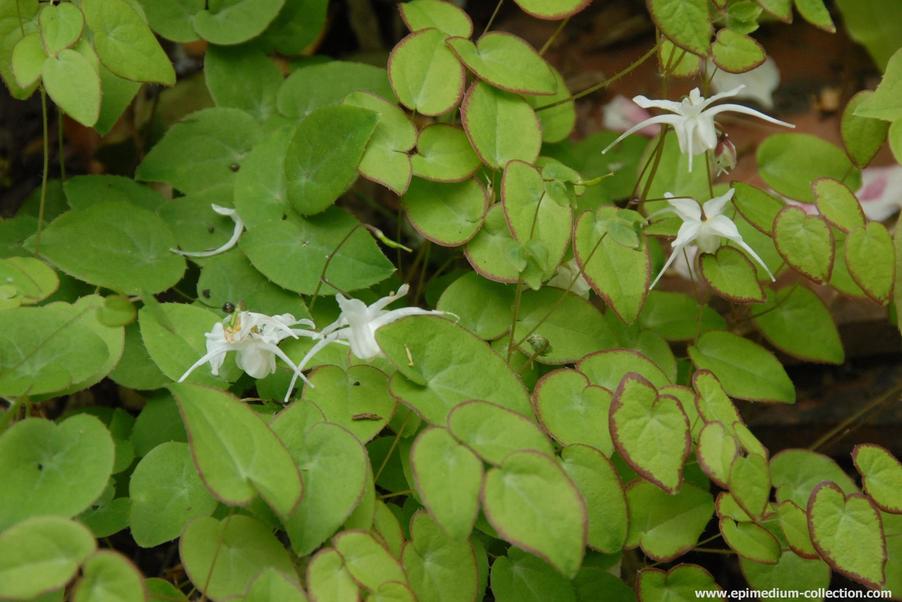 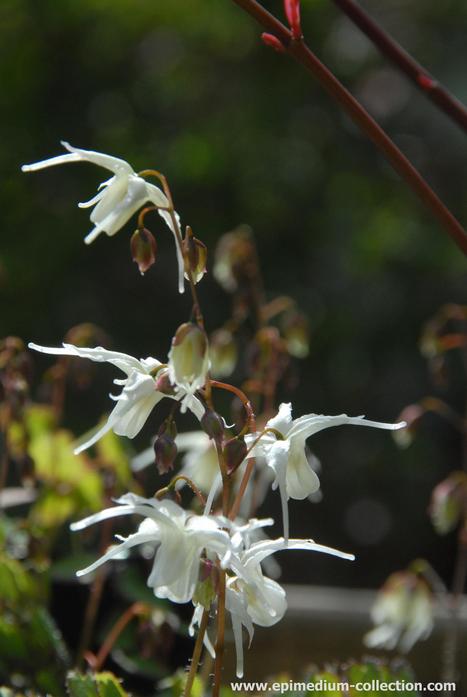 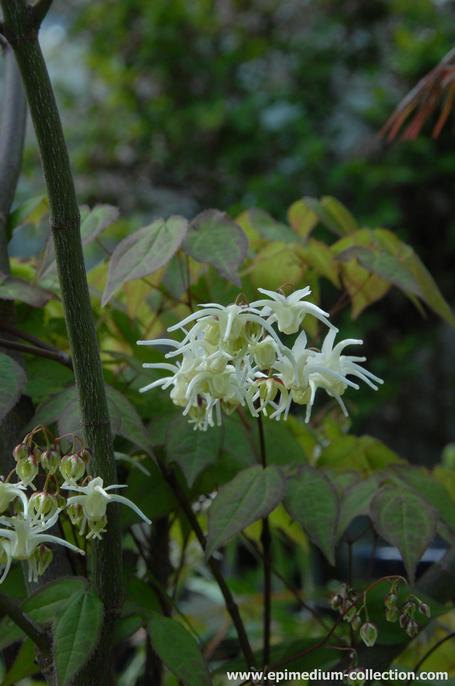 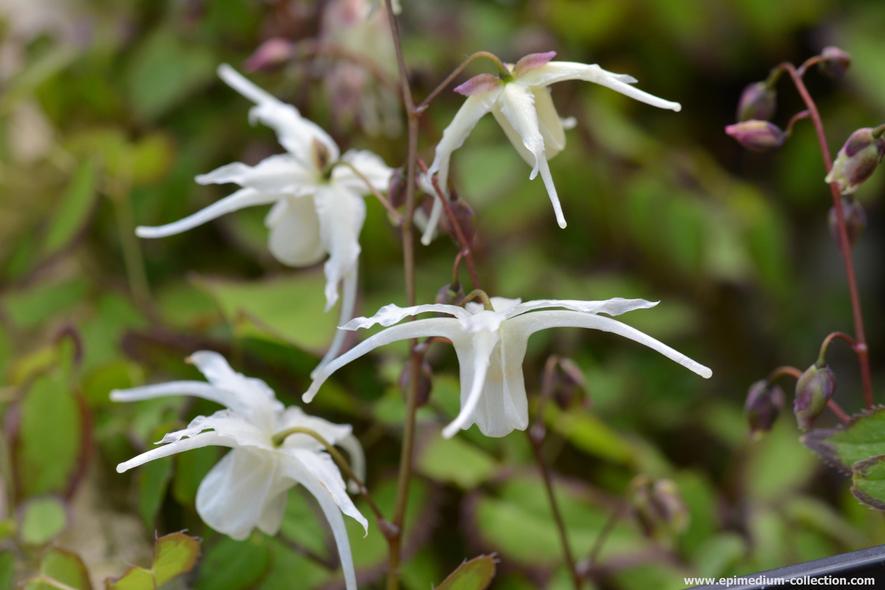 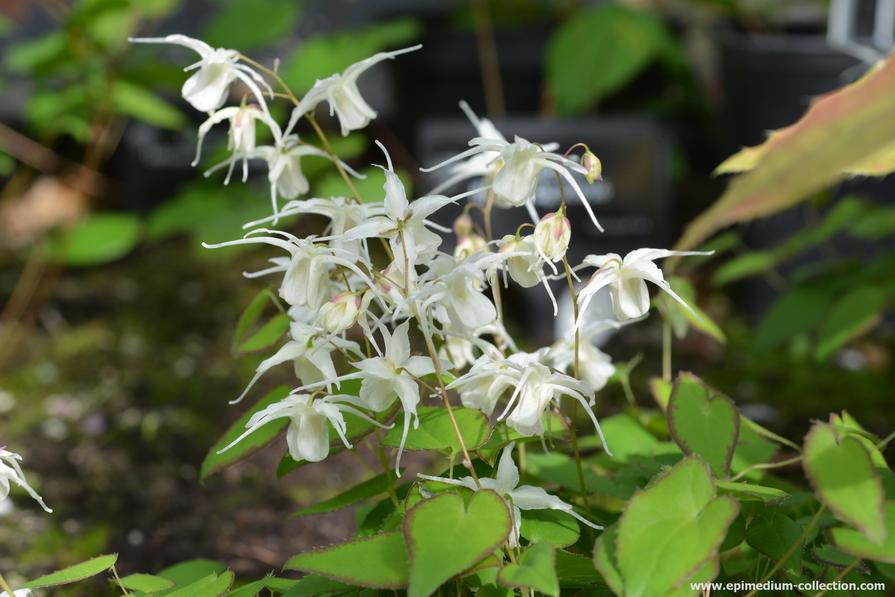 E. grandiflorum var. higoense 'Bandit' is rather similar to ‘Saturn’ and E. grandiflorum ‘Nanum’. All have creamy white flowers over young leaves with a pronounced brown (purple bronze) rim, when grown in reasonable light. This is a shorter growing variety named by Darrell Probst and well suited to a choice spot in a lightly shaded rockery or raised bed. 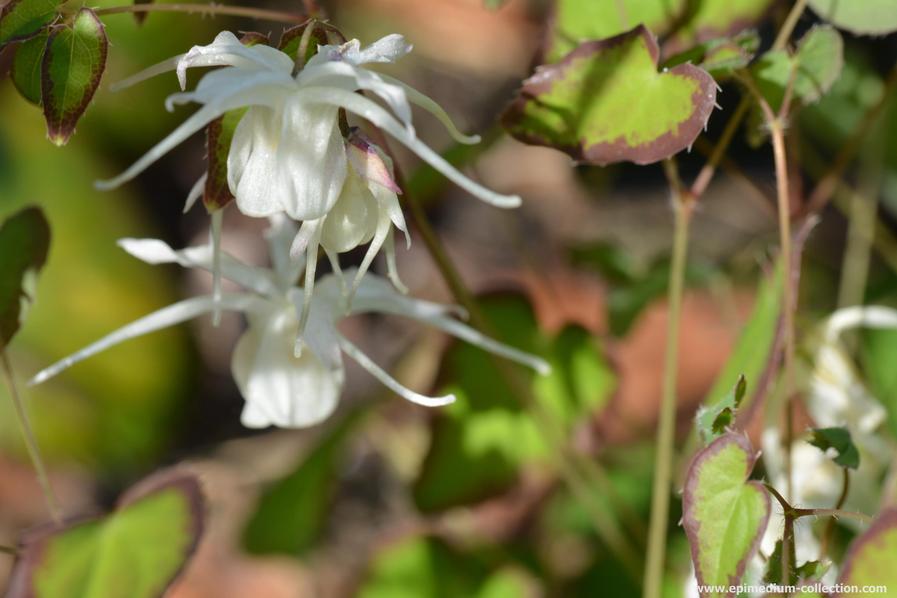