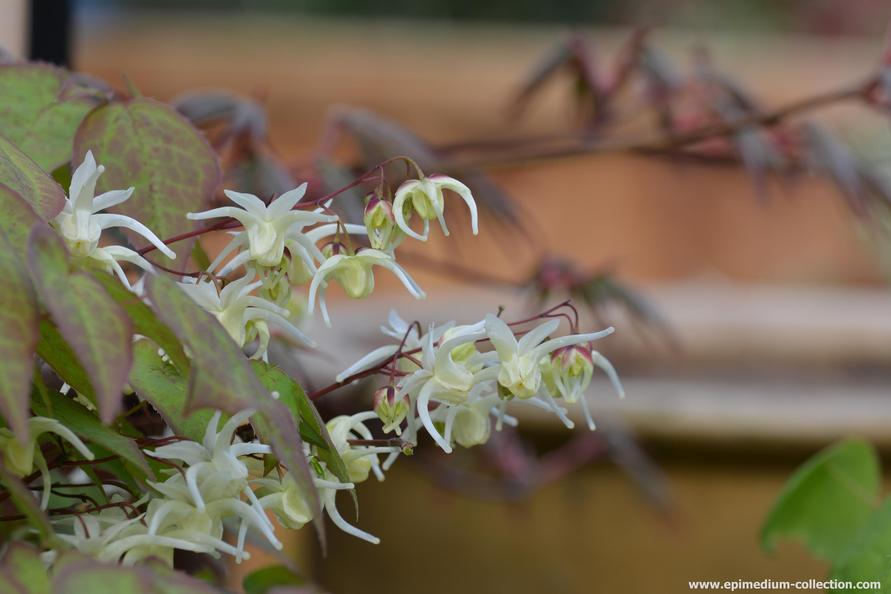 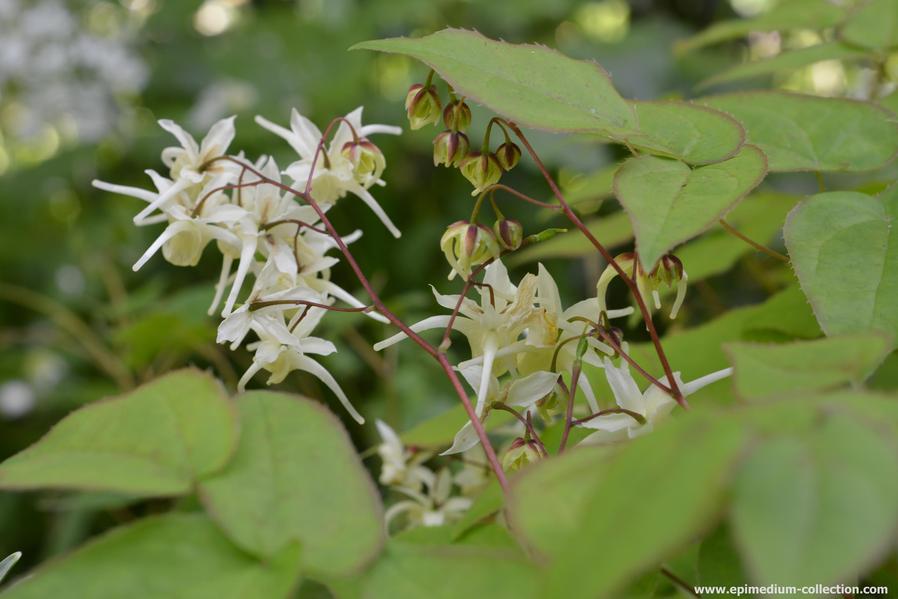 'La Rocaille' is a selected and named form of Epimedium grandiflorum f. koreanum. It has flowers with white inner sepals and pale lemon yellow petals fading to white spurs, held above the red edged young leaves on red stems. This is a taller than average E grandiflorum variety.