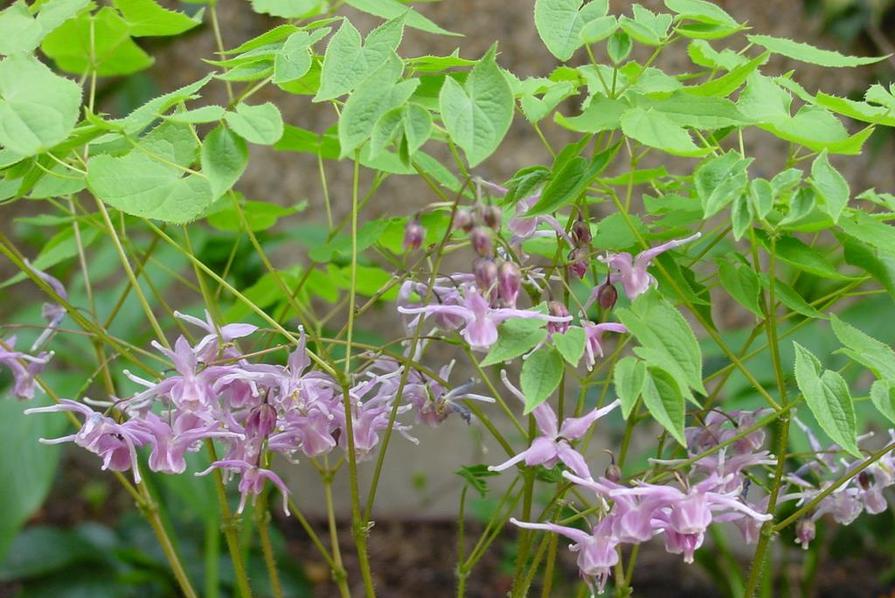 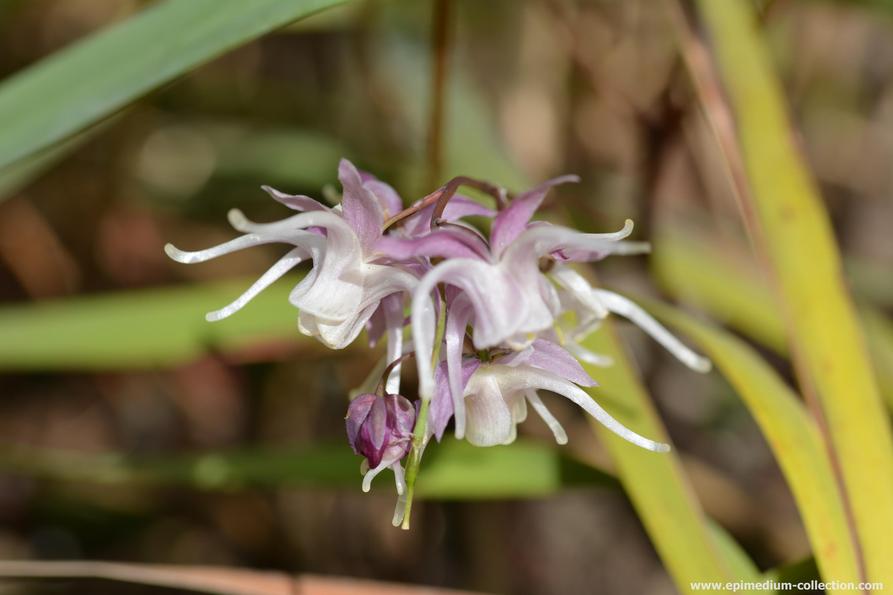 Our plant of 'Violaceum' is a medium to tall form of E. grandiflorum which carries pink mauve flowers with paler spurs. We bought this from Beeches Nursery of Ashton, North Essex, and it has persisted well with us so far. Looking online, it would appear that it is probably a natural variant and the name should be written E. grandiflorum var. or f. violaceum.