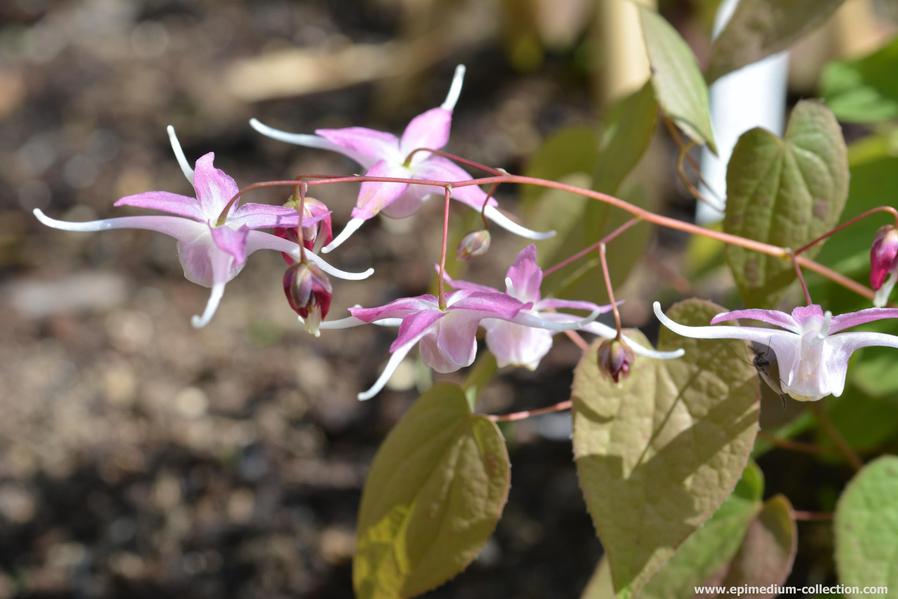 'Lilac Seedling' was one we bought from The Garden House in Buckland Manachorum in Devon.. We have three E. grandiflorum varieties with ‘Lilac’ in their names, and they are all quite distinct from each other. This one has inner sepals of quite strong lilac pink. The petals are paler fading to white spurs. This colour scheme is rather similar to other varieties of E. grandiflorum that we have. It was much admired when we took it to the Norfolk Plant Heritage, plant fair, and has been a reasonable strong grower with us.