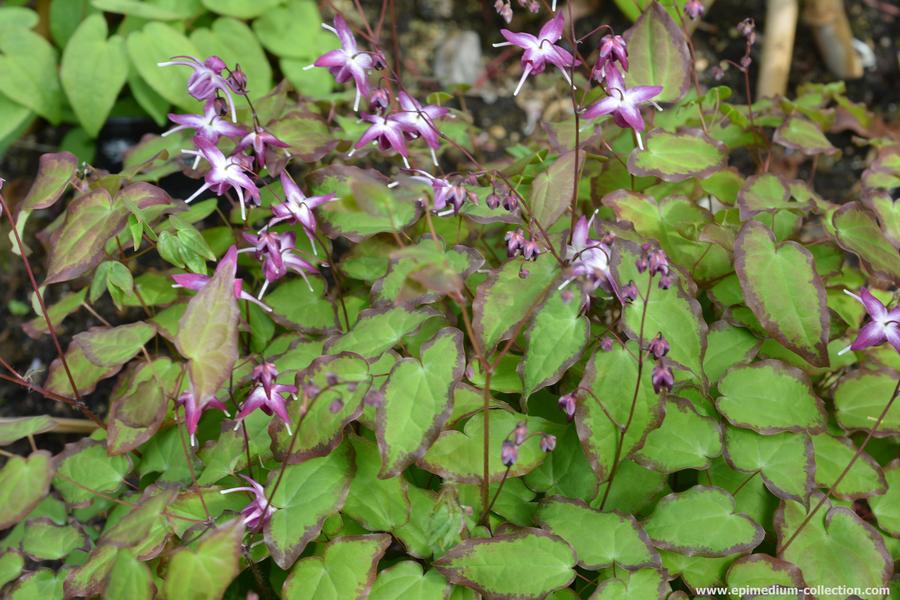 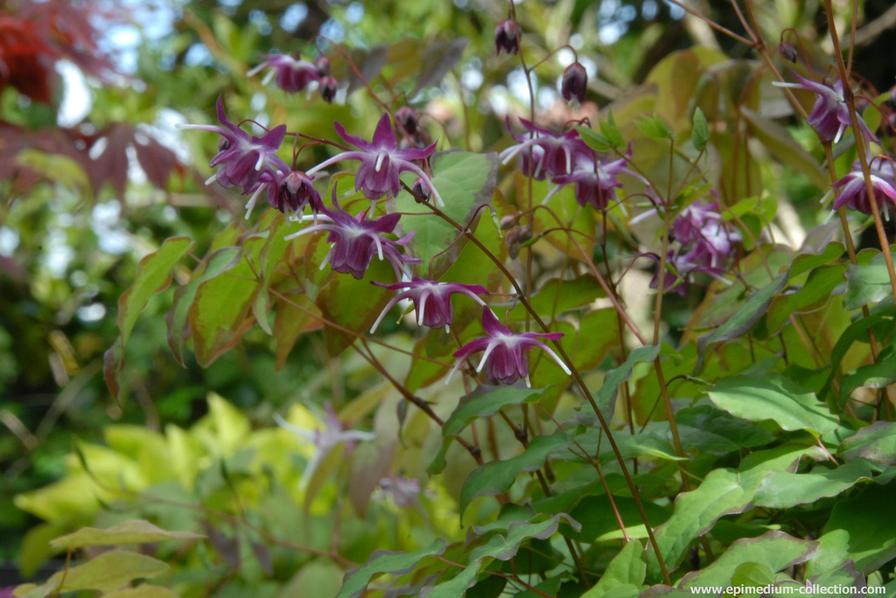 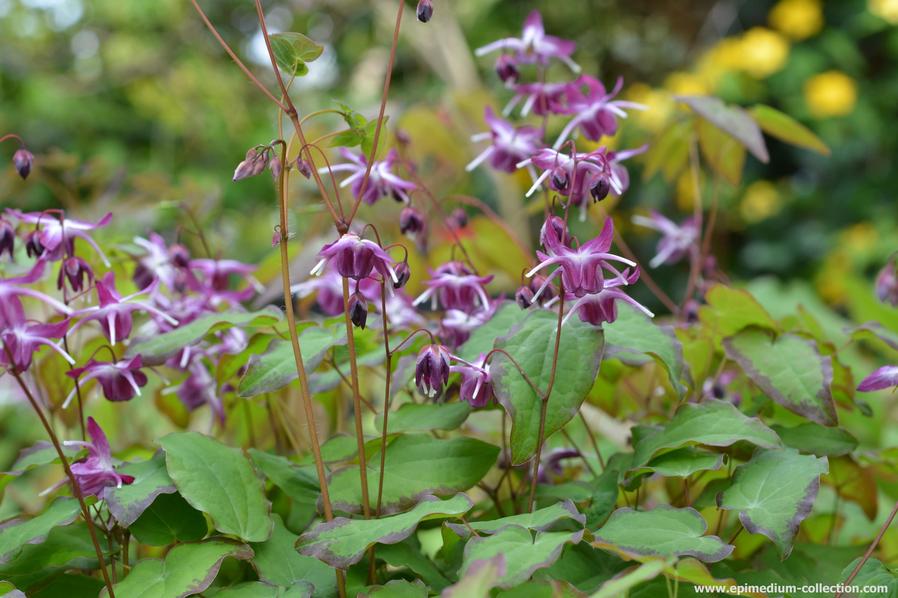 '''Freya' is a lovely smaller variety of E. grandiflorum, raised by Elizabeth Strangman at Washfield Nursery, which is sadly no longer trading. Its smaller than average flowers of deep purple with white spurs are distinct from other varieties we have seen so far. It is a variety we like a lot and is available from a few UK nurseries.

Distribution – Japan (Kyushu, Shikoku, Honshu and Hokiado). Northern Korea and southern Manchuria.Description – A medium sized fairly deciduous species with widespread distribution through Japan etc. growing in deciduous woodland. It was introduced to Great Britain in the 1830s. With its wide geographical range through the various Japanese islands etc., a good deal of variation has occurred. Flower colour of the plants found in the wild varies widely: yellow, white, pink, lilac and reddish topurple. Add to this the large number of plants attributed to E grandiflorum that have arisen in cultivation and there may be hundreds of cultivars already named.