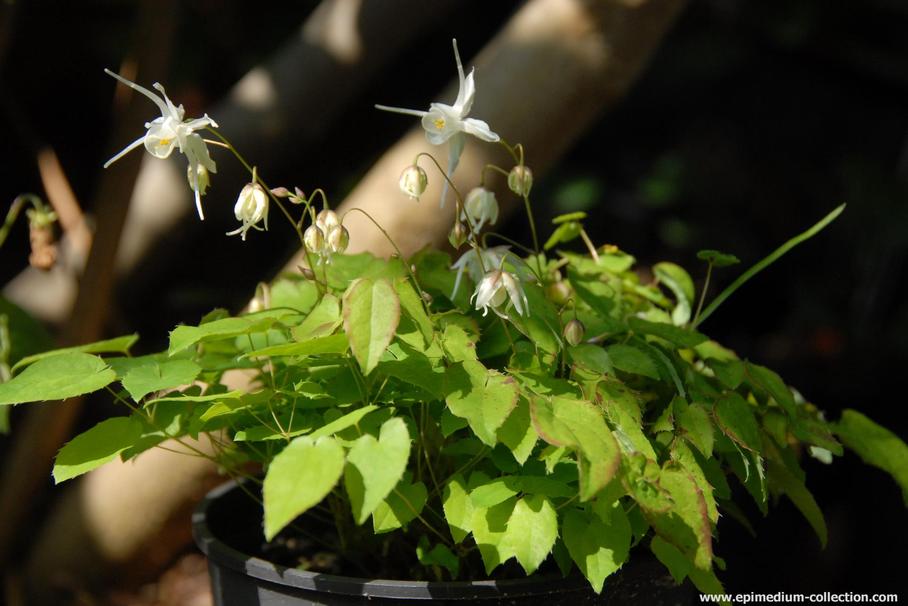 ‘Creeping Yellow’ is neither particularly creeping nor are the flowers yellow, but in fact white. The yellow in the name refers instead, to a yellowish colour to the leaves, especially when young. The ‘Creeping’ in the name perhaps alludes to the fact that it is a shorter growing variety of E. grandiflorum. It is in reality I quietly attractive little plant for a raised bed or rockery in partial shade.