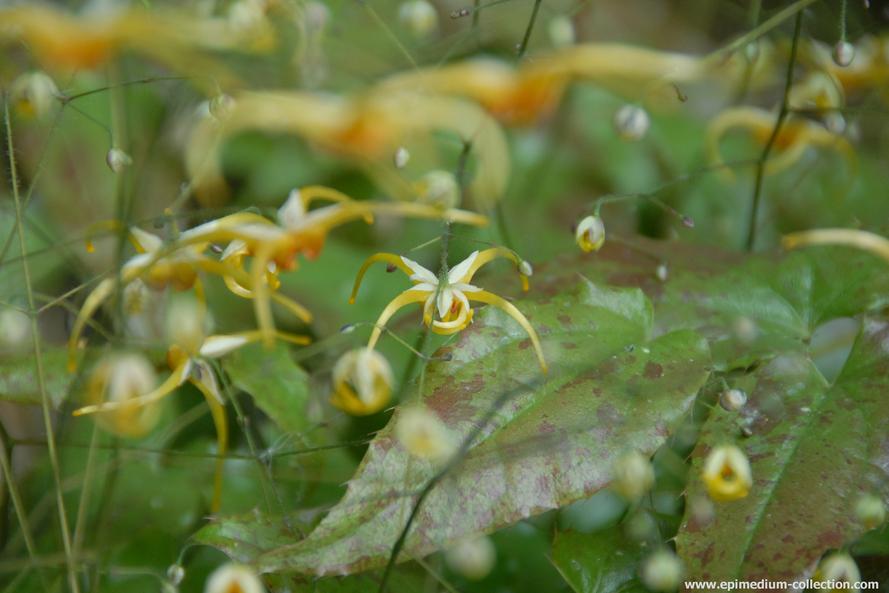 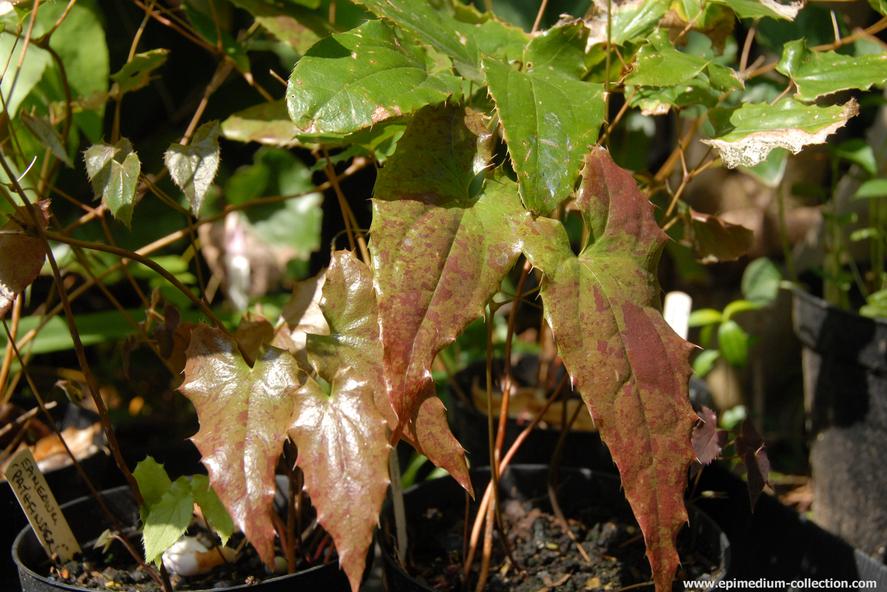 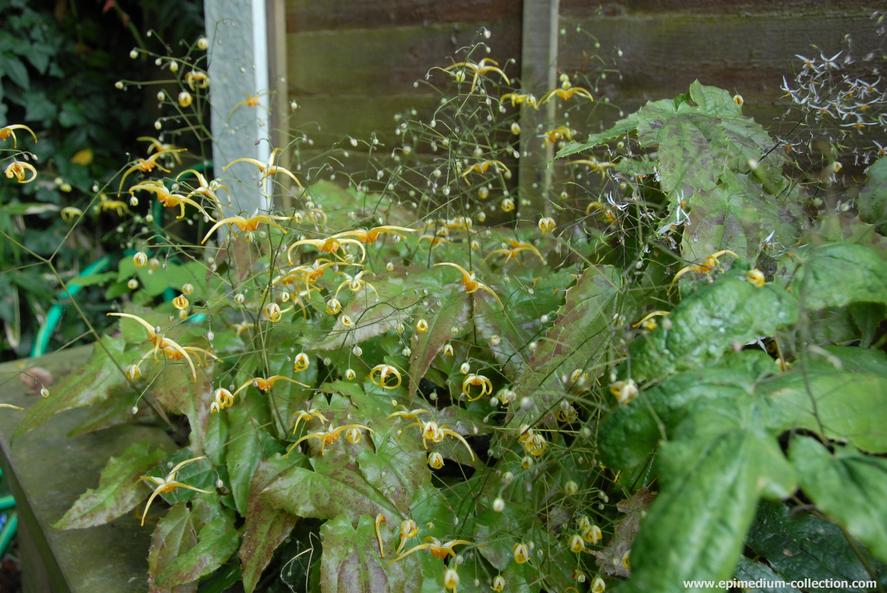 Description – This is a medium sized evergreen hybrid, we dug up as a tiny seedling, at its first true leaf stage. It was found at the edge of a path, (hence the name) within a foot of an E. membranaceum. Looking at the flowers and young leaf colour we guess at the pollen parent as E. wushanense ‘Caramel’ It wasn’t the closest Epimedium to the mother plant, but it was still less than twenty feet away. We grew it for maybe three years before it flowered, after planting out. Subsequently, it flowered through into the autumn, so we thought it might be worth naming. We gave divisions of it to several nurseries. Julian Sutton of Desirable Plants likes it and built it up quickly, and was able to offer a few for sale last spring (2015). Straight Mile Nursery also likes it and has been building up stocks. There will be a few for sale in 2016.

The flower is the same shape as E. membranaceum, but the petals are suffused with orange, at the base of the flower. It seems that it starts to flower in the spring, later than many other Epimediums, when the risk of frost has diminished, and then it can produce flowers to October or even November.